ENHANCING THE WELL-BEING AND CONSERVATION OF ALL ANIMAL SPECIES

Kouprey Friends of Animal Sanctuaries (KASA) is a non-governmental organization (NGO), non-profit, whose purpose is to promote the welfare and conservation of all species of animals, assisting and working with entities that have similar objectives, and acting for the spread of environmental education in all sectors of society, mainly with regard to the orientation of the welfare and conservation of animals and through the acquisition of areas for preservation. 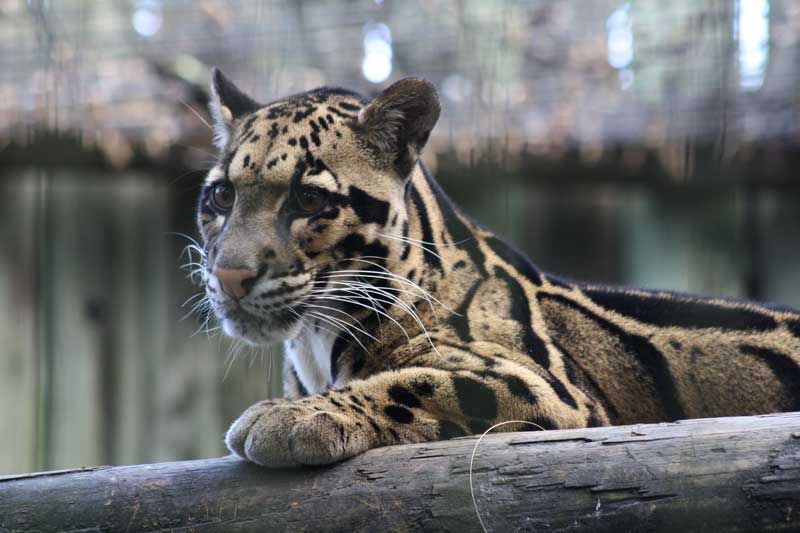 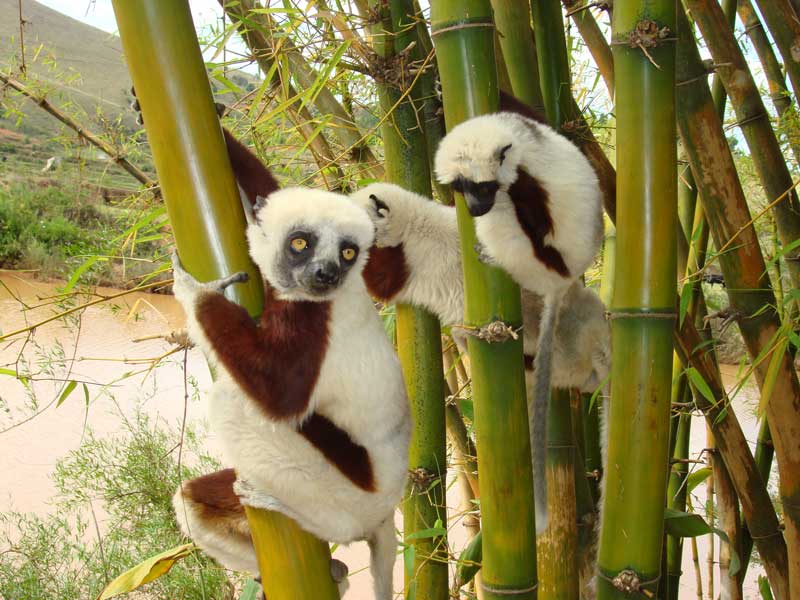 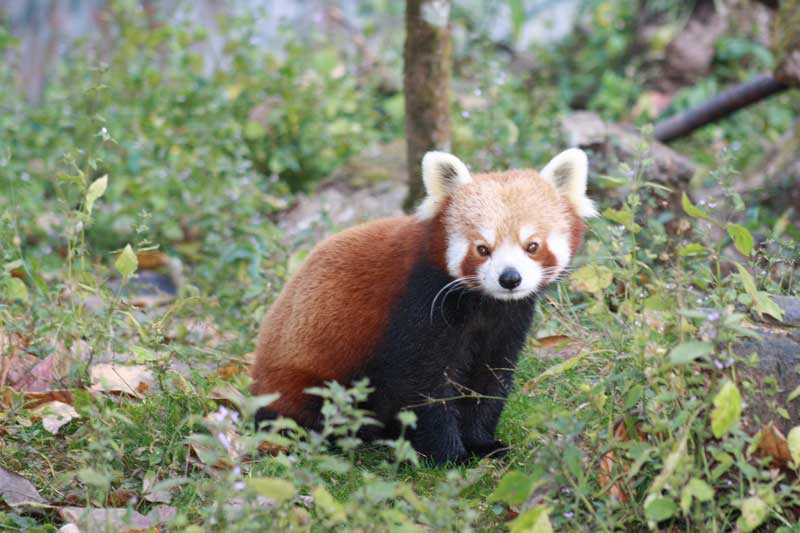 SOME PROJECTS WITH
KASA's PARTICIPATION

Fundraising for the acquisition of natural areas for the purpose of creating Private Natural Heritage Reserves (RPPN), preferably close to or on the path of preserved areas, in order to strengthen the formation of protected corridors for fauna.

Participation and viability of projects and partnerships aimed at reintroducing endangered animals born in captivity into preserved areas.

The concept that every animal needs a home “KASA” or a protected place to live is emphasized in one of the main actions of the NGO, which is to raise funds for the acquisition of native and / or degraded areas for recovery and transformation into Private Reserves of the National Heritage (RPPNs), giving priority to areas close to or in the path of already preserved areas, in order to form ecological corridors, essential for the survival of animals.

KASA is proud to have been founded by a multidisciplinary team, formed by biologists, doctors, lawyers, accountants, and above all, lovers of nature and animals. 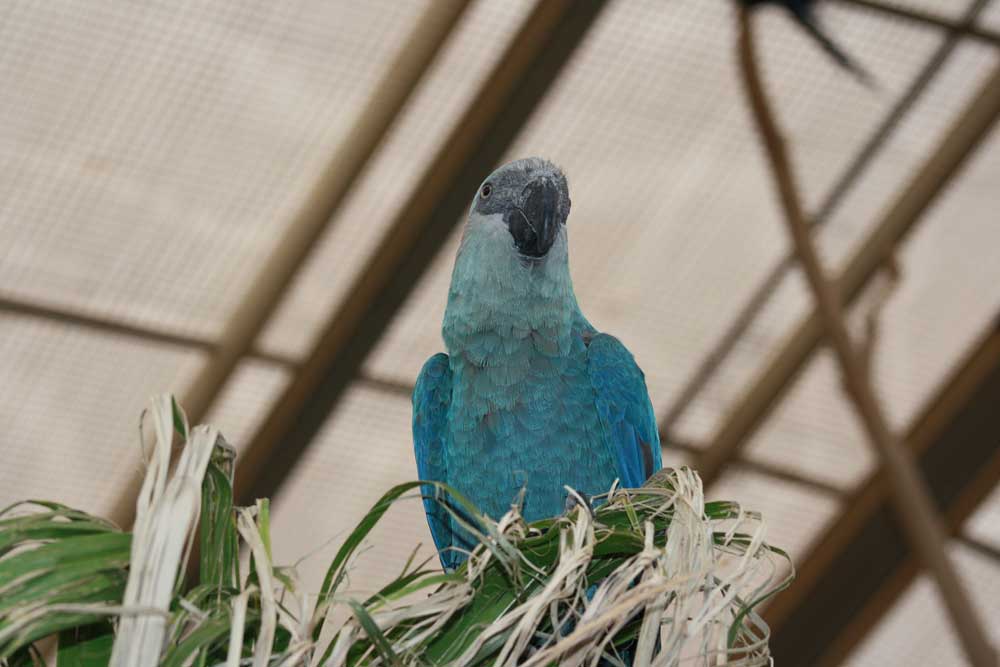 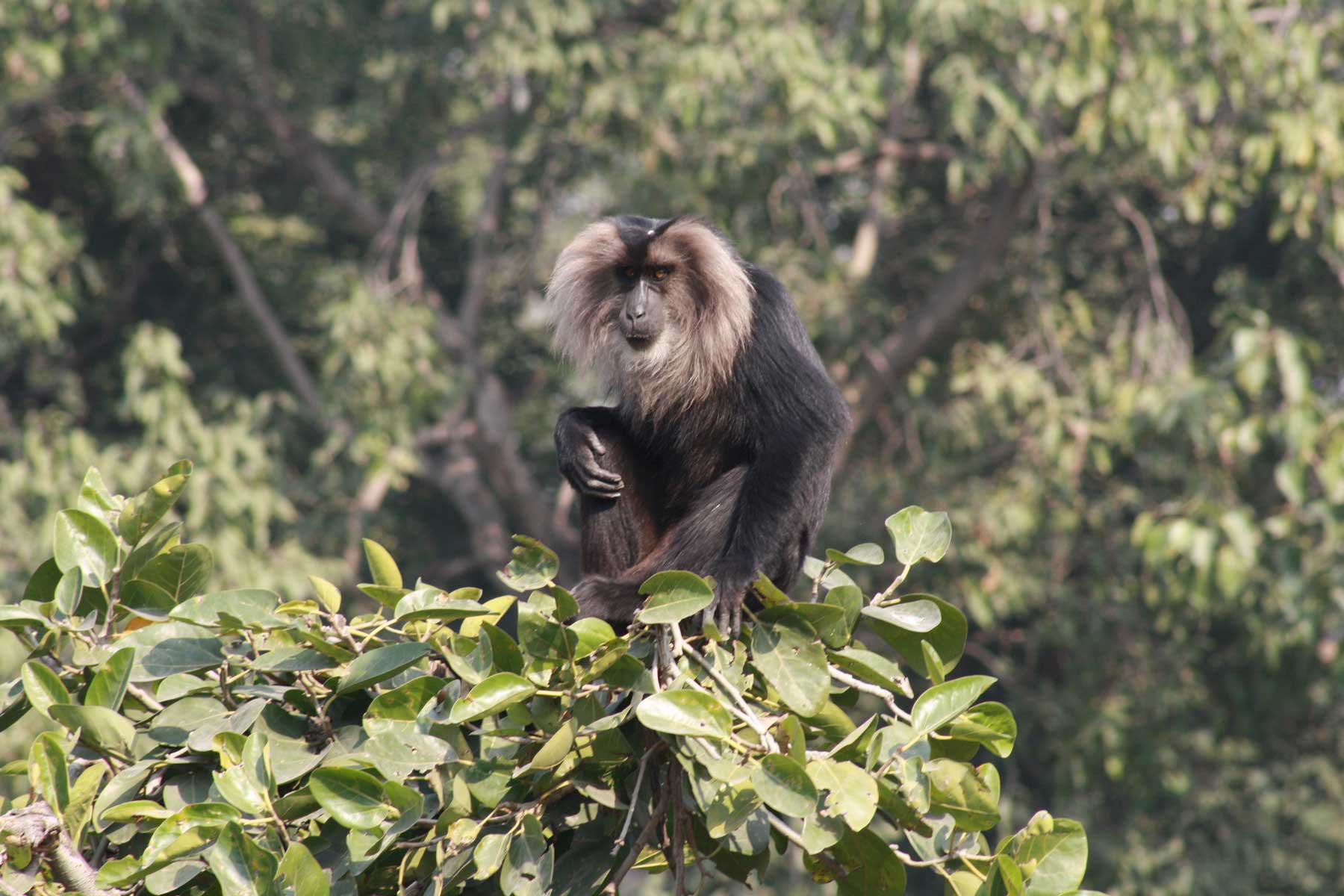 HOW DOES KASA HELP ANIMALS THAT NEED HELP?

WISENT
The Wisent was persecuted by hunting and suffered with the advance of agriculture and in 1927 the species became extinct in the wild. Efforts to restore this species to the wild began in 1948 with the establishment of the Bison Breeding Center. Reintroductions of captive-bred individuals began in the 1950s and the herds have grown successfully; reintroductions to date have occurred in Belarus, Poland, Russia and Ukraine. Numbers in the wild nowadays are more than 3.000 individuals.
CALIFORNIA CONDOR
Towards the end of the 1980s, with only 08 individuals left in the wild, it was clear that the extinction was imminent. The remaining wild individuals were taken into captivity and incorporated into an intensive conservation breeding programme run by San Diego Wild Animal Park, Los Angeles Zoo and The Peregrine Fund. A variety of techniques were used in the breeding programme including “double-clutching” and the rearing of chicks with hand puppets, and in 1992 the first condors were released back into the wild. Numerous hurdles have had to be overcome, but in the spring of 2002 the first wild condor chick for two decades hatched. The rescue of the California Condor is an ongoing conservation programme but the successes so far have been inspiring and the population continues to climb; today the condor can once again be seen soaring over the rocky Californian landscape.
PRZEWALSKI’S HORSE
Less than 100 years after its discovery by europeans in the year 1877, the Przewalski’s horse became extinct even in its last retreat in the Dsungarian Gobi in south-west Mongolia. Fortunately a small population survived in zoos. This zoo stock goes back to only 13 founder animals. Thanks to an International Studbook, kept under the auspices of WAZA by Prague Zoo, the ex situ population of the Przewalski’s horse has dramatically increased and comprises now more than 2.000 animals. In 1990 the german-based Christian Oswald Foundation initiated a reintroduction project in the Gobi B Strictly Protected Area of Mongolia. From 1992 to 2004, no less than 87 Przewalski’s horses bred by 20 different institutions in 8 countries were returned to the Gobi B. The Przewalski’s horses adapted readily to the conditions in the wild and the population is growing.
RED WOLF
The population of Red Wolves suffered as a result of persecution and habitat loss in USA. They were extensively trapped and shot. The recovery programme initiated by the US Fish & Wildlife Service is one of the most successful large mammal conservation efforts. Steps to save this species began in 1967 and culminated in the reintroduction of captive-bred individuals into the wild. The animals bred in USA Zoos were successfully reintroduced in several wildlife reserves and are breeding.
BLACK-FOOTED FERRET
With the loss of 98 percent of prairie dog habitat, which Black-Footed Ferrets depend upon, they neared total extinction in the 1980s. In 1985, only 18 ferrets remained. These were captured and brought into an ex-situ conservation breeding programme in which wildlife authorities and zoos participated (AZA and USFWS). Ferrets bred under this programme are returned to the wild. The size of the current wild population is more than 3.000.
NENE GOOSE
Expansion of human population, excessive hunting and loss of habitat in Hawaii made Nene numbers fall to just 30 individuals in 1949. The Nene has been rescued from the brink of extinction by a long-running conservation programme. Breeding programmes in Hawaii and at the Wildfowl and Wetlands Trust in Britain have been working to breed captive birds for release into the wild. By 1997, 2.500 birds had been released.
PYGMY HOG
Efforts to restore the species to the wild began in 1995 with the establishment of the Pygmy Hog Conservation Program in Basistha-Assam-India. Reintroductions of individuals born in captivity have been very successful in Assam parks and reserves.
ARABIAN ORYX
The Arabian Oryx were considered extinct in the wild in 1972 due to poaching and habitat loss. Starting in 1963 with only seven animals, the Phoenix Zoo led efforts to breed the Arabian Oryx and reintroduce the population to the wild. The Los Angeles Zoo joined this effort in 1967. The San Diego Zoological Society led the efforts to bring animals from the USA to Oman for the first reintroduction and have made a great contribution in terms of breeding and research. Now there are more than 7.000 Arabian Oryx in Zoos and wildlife preserves across the globe. More than 1.000 Arabian Oryx have been reintroduced in the Middle East home range following international conservation standards.
SCIMITAR-HORNED ORYX
Scimitar-horned Oryx were extinct in the wild around 1980.They thrive in zoos, and appear to adapt reasonably well when returned to their native habitat. Their numbers are over 11.000 individuals nowadays. The species has successfully been bred in captivity and has been reintroduced in Tunisia national parks and reserves.
PERE DAVID’S DEER
The Pere David’s Deer was extirpated in the wild around the end of the Han Dinasty (AD220). A herd was maintained in the Imperial Hunting Park south of Beijing, where they were discovered by French priest Père Armand David in 1865. In Europe, however, a small number of Pere David’s Deer were kept by different zoos in 1900. Zoo directors decided to save the Species. In 1986 a group of 39 individuals was reintroduced to the Dafeng Reserve in China. Their numbers are above 2.000 nowadays.
ADDAX
The population of Addax in Saaharan countries had a dramatic decrease mainly attributed to over-hunting. The Sahara Conservation Fund has developed a regional strategy to facilitate the recolonisation of suitable habitats. There are currently around 4.000 individuals in captive populations around the world and these are being used in reintroduction programmes for the species in Tunisia and Morocco.
DAMA GAZELLE
The range of the Dama Gazelle falls on some of the poorest countries in Africa, and consequently little action is being taken to conserve this species. The Mhorr Gazelle, that is a subspecies of Dama Gazelle, no longer exists in the wild. But they are reproducing very well in a number of zoos worldwide.
Previous
Next 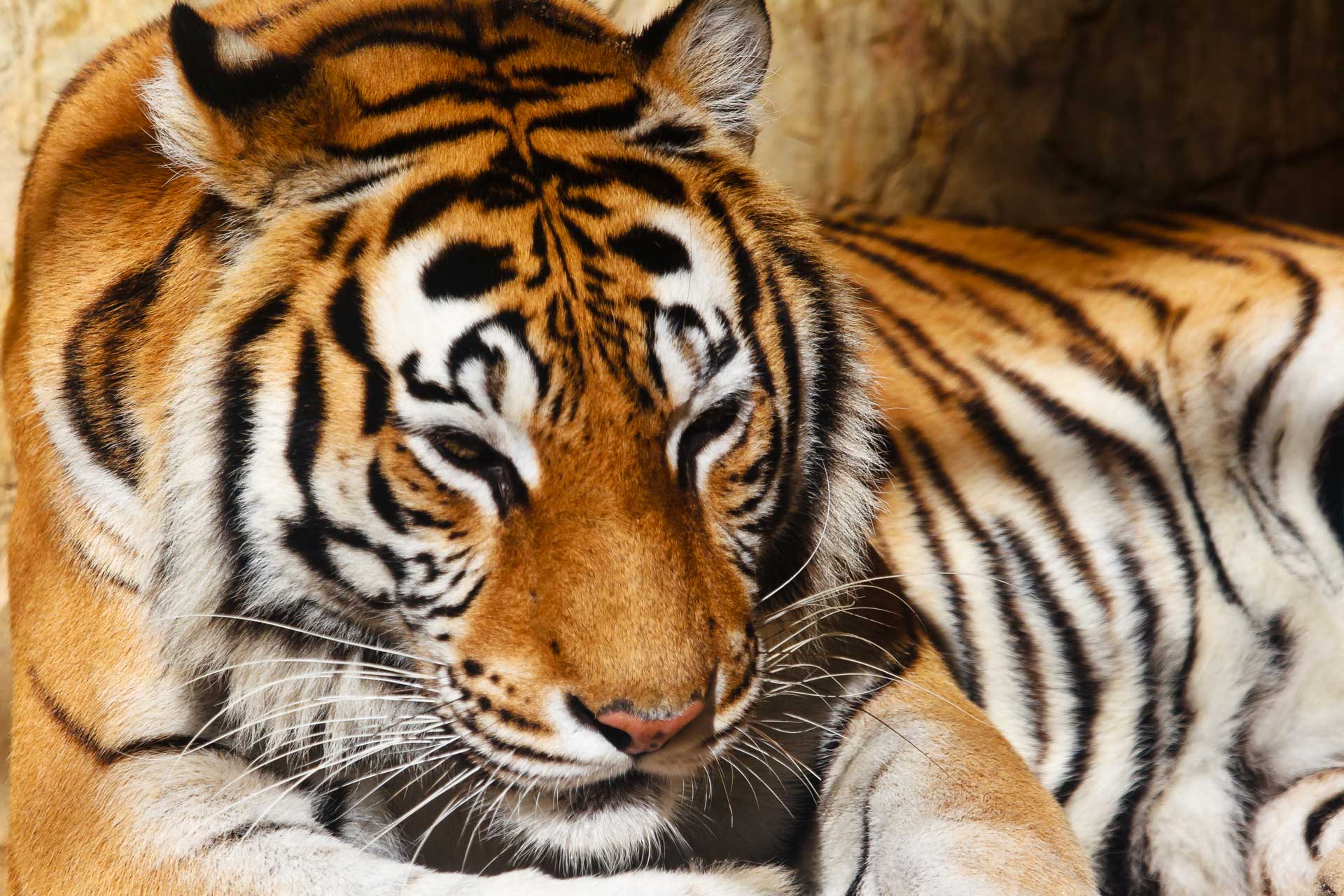 be part
of the change

Know how you can be part of the change, help-us preserve biodiversity
Contact us

Kouprey Friends of Animal Sanctuaries (KASA) is a non-governmental organization (NGO), non-profit, whose purpose is to promote the welfare and conservation of all species of animals.